An important feature of the simple-spectrophotometer is that it is battery-powered (autonomy of 48 hours). Consequently, you can measure a kinetic by placing the device directly inside an incubator.

Optical density (OD) at 600nm is often used in biology to determine biomass increase versus time. In this experiment we have placed Escherichia coli with cell growing media directly in the spectrophotometer cell and placed the spectrophotometer itself on a shaker in the incubator. We can then program it to measure the absorbance every X seconds. In our case we measured it every 30 minutes (up to 40 measures). The following curve was obtained. 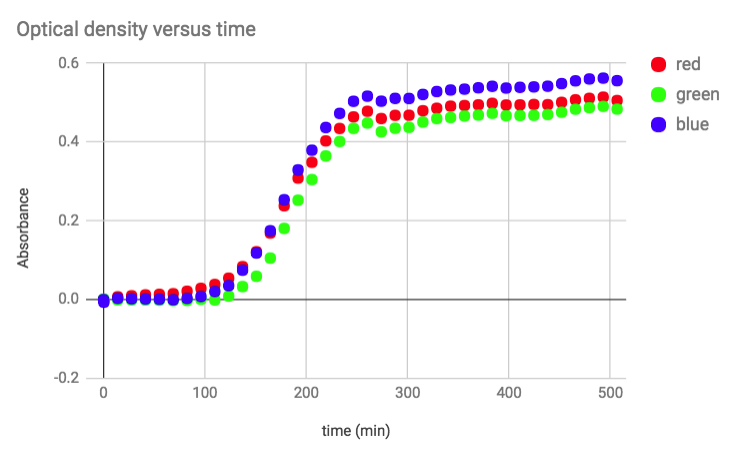 This experiment clearly shows the log phase and the stationary phase. But the growth was faster than expected. An acquisition every 15 minutes would have been a better choice.

We tried to measure the growth of other bacteria, such as Rhizobium and Vibrio fischeri. We placed the simple-spectrophotometer on a shaker (inclined), at room temperature. 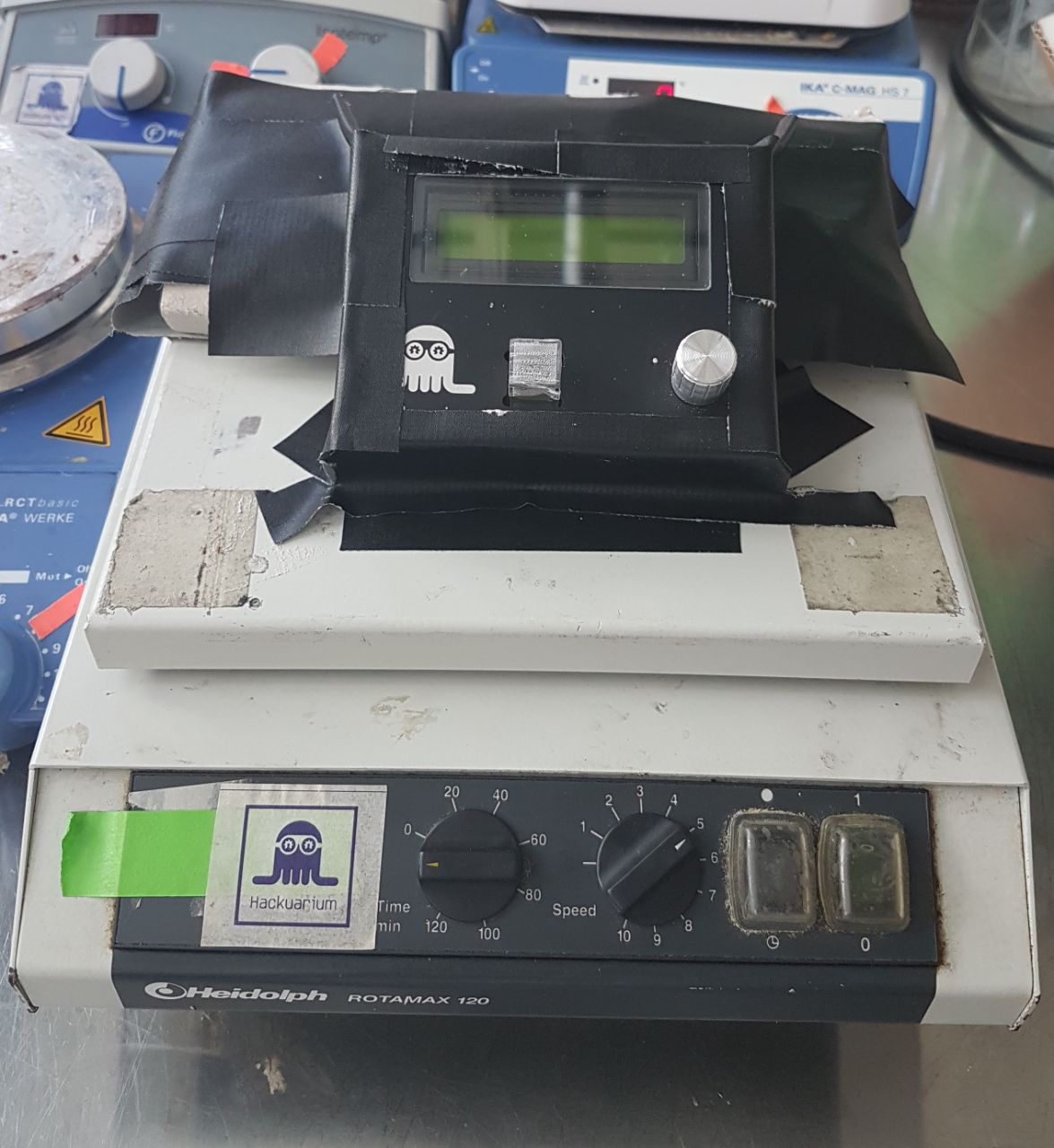 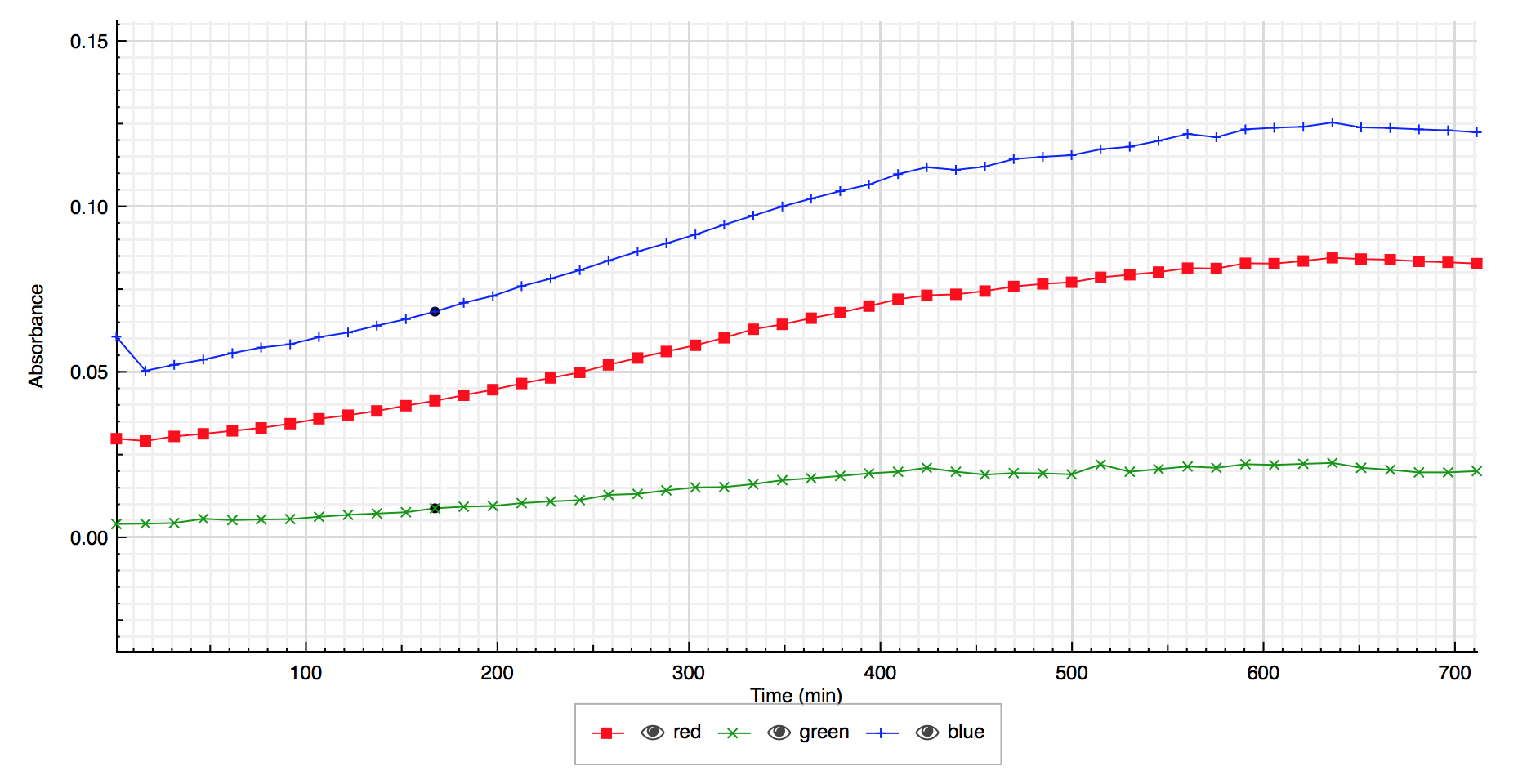 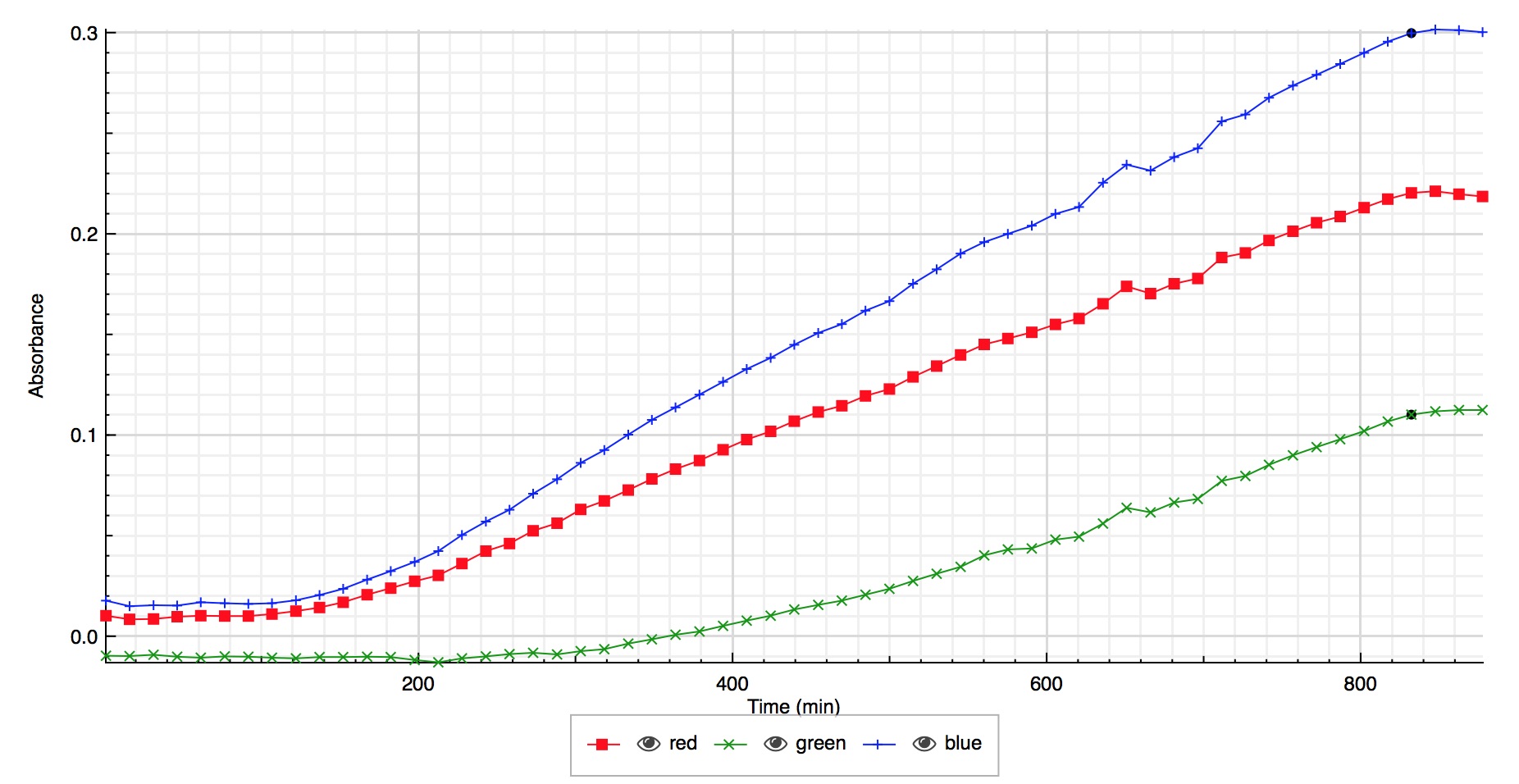 Effect of the temperature on the growth of Vibrio Fischeri#

Using the simple spectrophotometer, we tried to highlight the effect of the temperature on the growth of Vibrio Fischeri. In order to study that, we put the same dispositive than above in an incubator, where the temperature has been monitored. We did 2 cultures, one at 30°C, and one at 38°C. At a higher temperature, we expect a faster growth of the bacteria. For both cultures, we used only the media as blank, and then we took one measure every 15 minutes, for 14 hours and 30 minutes. We obtained these results: 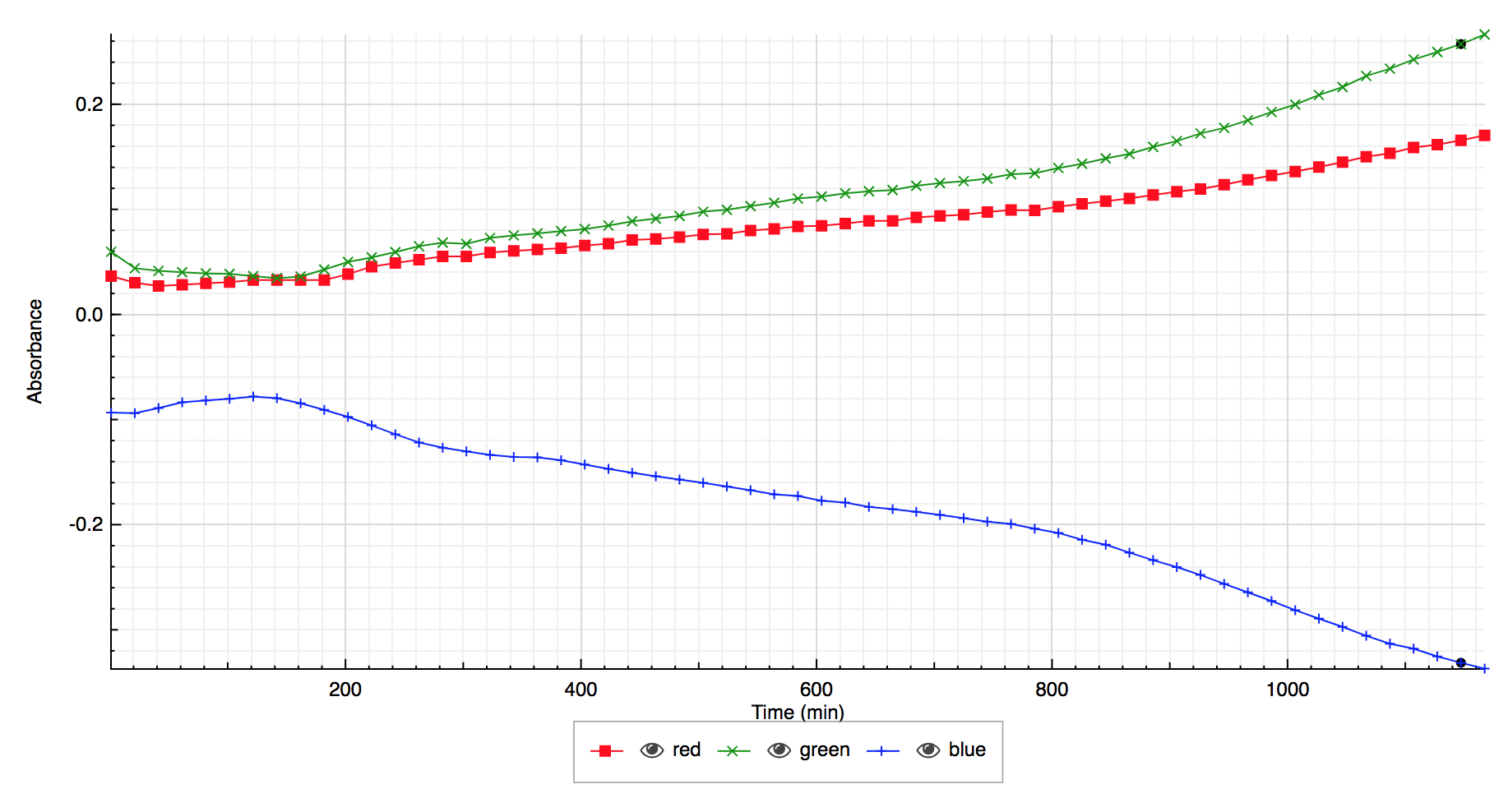 The results are very strange, and far from what we obtained for a culture at room temperature. Trying to explain this, we found different explanations that would be possible :